↓
Traffic Engineering frequently influences land development. The recent Food Park proposed at the corner of Martin Luther King Jr Blvd and Graham Street is one of this type.

​”The food truck park planned spaces for four food trucks with seven parking spaces on the property. An agreement was reached with the church across the street to use its parking lot for overflow parking. ​”​ 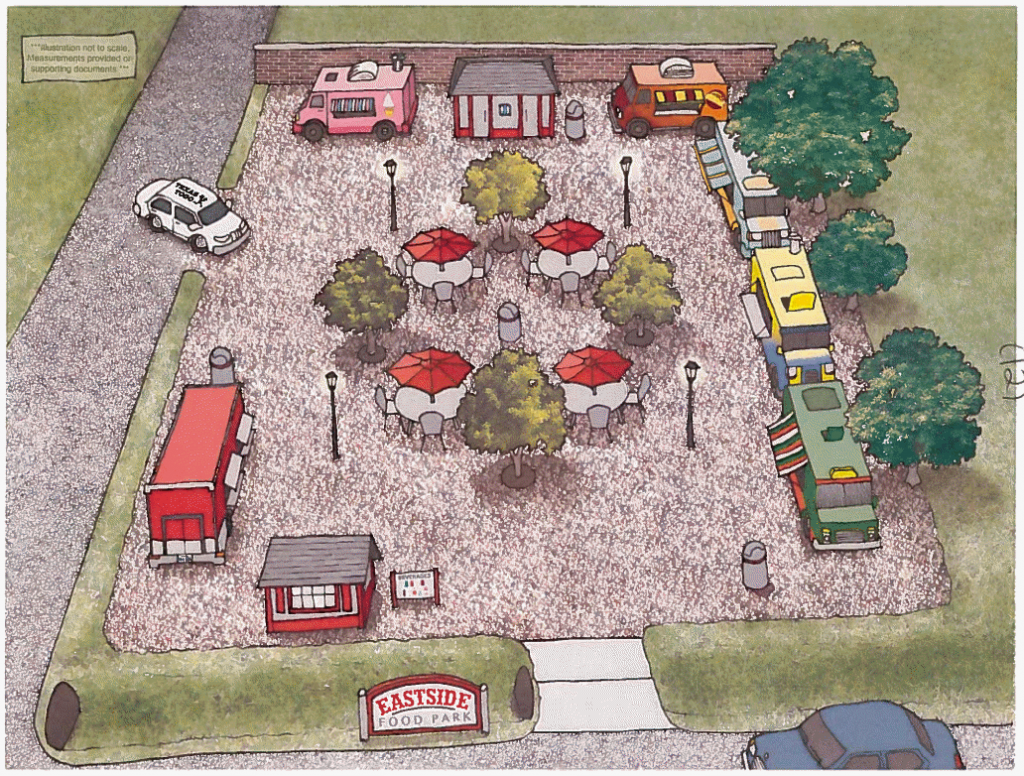 The plan is and would be a welcome one in Waxahachie. Food Trucks offer lots of options for a quick lunch. Many large cities have robust food truck services. Getting this started in Waxahachie hit a snag with the lack of parking for the folks who would be eating at the Food Park. There were only 7 parking spaces provided on-site with at least 4 trucks. There was an additional overflow parking agreement with a church across MLK Blvd but crossing that road was perceived as too dangerous. (US 287 gets approximately 4,258 Average Annual Daily Trips according to the TX DOT District Traffic Web Viewer.)

Chuck Beatty, a council member, shared the same concerns expressed by the planning and zoning commission.
“The main concern is health and safety,” Beatty said. “There are only seven parking spaces on the site, and you (might) have to cross a major thoroughfare to get to this location.”

The land developer had done EXTENSIVE development plans for this proposed location. We don’t know if he consulted a Traffic Engineer but this would have been a very important step and may have prevented so much time spent before identifying the site challenges.

Let us know if you need help up front in project planning for your commercial land development project. Call a Traffic Engineer at (469) 773-4878.

August 27, 2018: As a followup to this post, and unfortunately just a few days after the City Council meeting, a traffic accident involved a teen crossing Northgate Drive adjacent to the Junior High School after school. The driver was heading toward Walmart when they hit the student. The student was taken to the hospital for precautionary measures and doesn’t appear to have any lasting injuries.

The issue is eerily like the “health and safety” concern of the Council in voting to deny the Food Park. But, this is clearly a smaller street with much less traffic. AND, it’s a School Zone where speeds should be reduced during school times. From the signage seen above, the Speed Limit is 30 mph. There is a cross-walk at the corner and one on down past where the accident occurred, but the student crossed the road where there was no crossing. There is certainly enough blame to go around here, but the area could be marked better for drivers AND students, in my personal opinion.